We live in an age that is not unlike times before us. Since the Holy Spirit first guided the hands of the early New Testament writers, there have been erroneous interpretations of what was inscribed concerning the judgments of God. When Paul wrote of end-of-time events 1 Thessalonians, there were those in Thessalonica who speculated erroneously that they were living in the end of days (2 Th 2:3).

It seems that our fascination with end-of-times events is so acute that the words of the Holy Spirit are always zealously misunderstood. In every century since the first after our Lord died, there have been speculators and prognosticators who are obsessed with forecasting the final coming of Jesus in the last day. Since the marketing of books for bucks has been so profitable in these times, it seems that there is no dearth of prophets in our times who are smiling on the way to the bank after exciting people concerning their written predictions.

Zeal for profit has generated a host of Scripture written by the Bible prophets. We see no end in sight of those who add their proclamations to what seems to be an endless effort to predict the end of times in our times. Instead of involving themselves in the will of God to seek and save the lost, there are those who seem to have an unquenchable thirst to have their minds tickled by speculators they seek to follow concerning some new prediction.   Those who are eager to be tossed to and fro seem to eagerly turn on their TVs, radios and internet connections for end-of-times debates in order to discover some sign of the end. Those one hundred years ago were saying the same, thinking that within a hundred years, surely Jesus would come. We are still here. As those speculators, who were “prophetic thieves” by stealing hope from those to whom the words of comfort were first written two thousand years ago, so the modern-day speculators carry on with the same thieft of prophecies. A hundred years from now, they will be saying the same of our generation of twisted prophets.

This series of lectures will at least seat the prophecies of the ending and beginning of times in the historical context of the early recipients of the letters that were written directly to them. The early recipients had only the first writings in which Jesus prophesied concerning the end of national Israel. John’s recipients gained comfort in the fact that their persecutors would also eventually come to an end. We thus challenge our readers to take another look at the prophecies that were fulfilled in those days, not our days.

The exhortation that we receive from these New Testament writings is that disciples of Jesus must always be prepared for their end. We need to be more concerned with going away in death, rather than Jesus coming before we die. We simply look for His coming because we seek relief from this world. We may pass from this world before He comes to take us from the world. For this reason, we continually focus on in-time behavior, not end-of-time speculations. 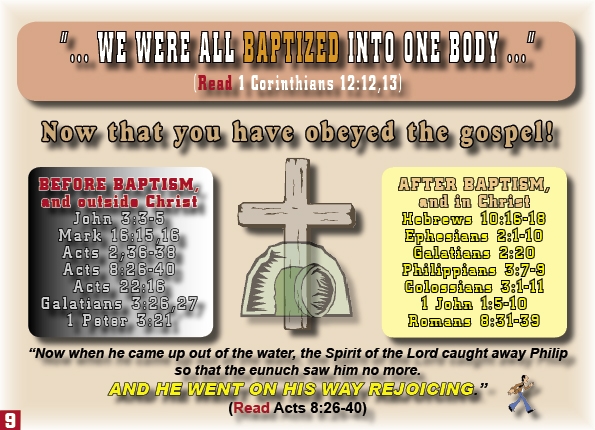